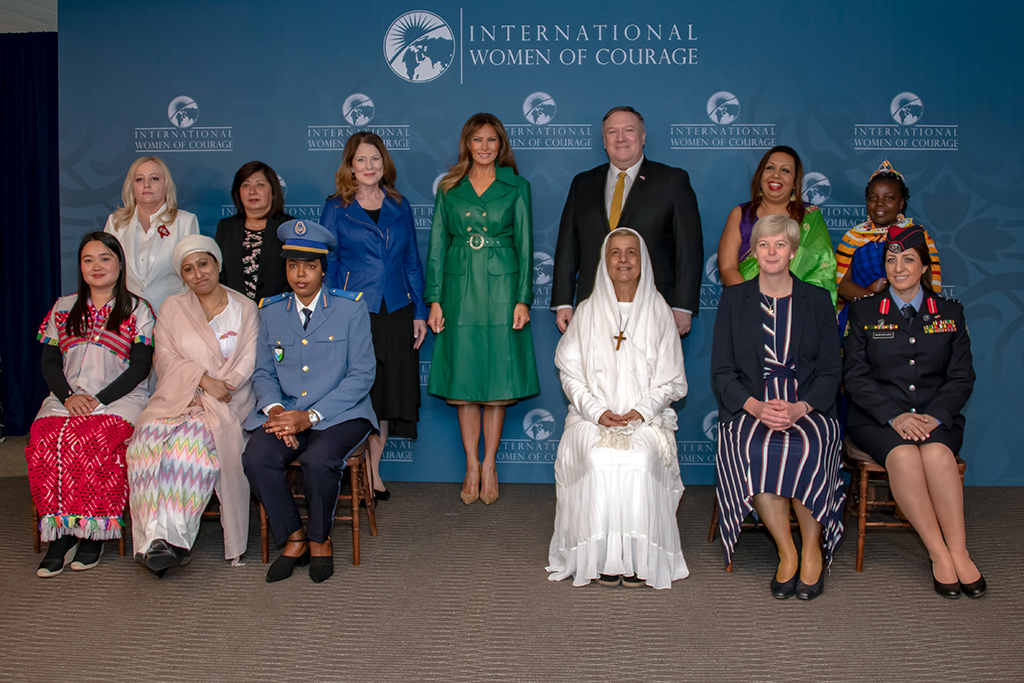 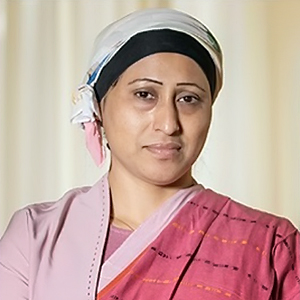 Razia Sultana was born in Maungdaw, Burma, in 1973 to ethnic Rohingya parents and has devoted her career to advancing human rights for her own community and for all in Burma. A citizen of Bangladesh, she has spent most of her life as a lawyer, teacher, and human rights advocate. Ms. Sultana has been working directly with the Rohingya, particularly women and girls, since 2014. She practices law advocating for the Rohingya and conducts research and educational programs, specializing in trauma, mass rape, and the trafficking of Rohingya women and girls. Since 2016, she has interviewed hundreds of Rohingya refugees in Bangladesh and published two reports – “Witness to Horror” and “Rape by Command” – documenting systematic sexual violence by Burmese security forces against the Rohingya. She contributed to “The Killing Fields of Alethankyaw,” a recent report by the Kaladan press. Beyond being a lawyer and an educator, Ms. Sultana is a coordinator of the Free Rohingya Coalition (FRC) and a director of the Arakan Rohingya National Organization’s (ARNO) women’s section. While she has always identified as a Rohingya, as a human rights activist, Ms. Sultana believes in rights and justice for all in Burma as a means to bring peace. 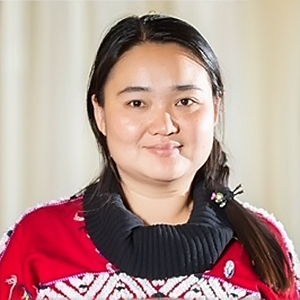 Naw K’nyaw Paw is a peace activist and General Secretary of the Karen Women’s Organization (KWO), an ethnic women’s organization of over 60,000 members, supporting gender equality and indigenous people’s rights in Burma. A lifelong human rights supporter, she attended high school in the Mae Ra Moe refugee camp on the Thai-Burma border in 1998 and has worked her entire life to support ethnic communities who continue to be displaced by the decades-long civil war. At great personal risk, Naw K’nyaw Paw and the KWO have documented sexual and gender-based violence in conflict in Burma since 2004. In 2017, under her leadership, the KWO was the first, and one of the few, in Burma to publicly condemn the military-led violence against the Rohingya people. Now in its 33rd year as an organization, the KWO continues to work for peace and a united civilian government in Burma, while also working daily to improve the lives of women and children in conflict-affected communities in Karen State. 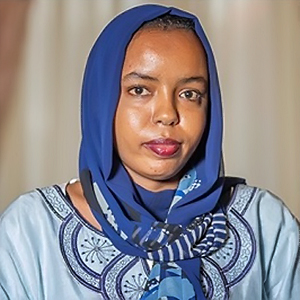 Born in Djibouti City, Djibouti, in 1990, Moumina Houssein Darar is the oldest of nine siblings—six brothers and two sisters. At age 23, she joined the Djiboutian National Police Force and quickly rose through the ranks in a male dominated profession. Ms. Darar trail blazed her way to the exclusive specialty of anti-terrorism investigations, where she consistently serves as the lead investigator for high-profile investigations. Her investigative efforts have led to the conviction and/or deportation of numerous Al-Shabaab terrorists. She enabled Djiboutian National Police (DNP) to thwart several attempted terrorist attacks after the 2014 La Chaumiere bombing in Djibouti City. She has confronted multiple terrorist suspects and hundreds of illegal immigrants, who were initially resistant to being interviewed by a female police officer. Ms. Darar has also worked undercover as a male to advance terrorism investigations. She has faced numerous challenges since joining the Police Force, including threats to her personal safety. Criminals she detained or convicted, when eventually released, would verbally abuse her. She has even been assaulted by children throwing rocks at her in the street, simply because she was a female police officer, and endured other threats simply for being a woman in uniform. Despite the abuse, she has persevered and remains committed to helping her entire community. Besides her passion for bettering the community through her law enforcement efforts, Ms. Darar has been a leader in community service. Four years ago, Moumina developed the idea to start a charitable neighborhood organization to assist children in need, as well as provide other services and assistance to help the local community. 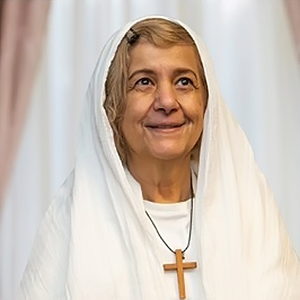 Mama Maggie abandoned numerous opportunities provided by her elite upbringing and resisted restrictions against women’s leadership to establish Stephen’s Children (SC), a non-governmental organization that serves the most impoverished urban slums and rural villages in Egypt regardless of their color, creed, or faith. From its humble beginnings in a Cairo slum, SC has grown to a nationwide Christian institution that feeds, clothes, educates, and mentors children, as well as providing vocational training for adults with a program for empowering women and young ladies. Mama Maggie and SC save children’s lives daily in Egypt, a country of almost 100 million, nearly half of whom live in poverty. She has laid the educational foundation and provided economic salvation for tens of thousands of impoverished children. In addition to multiple nominations for the Nobel Peace Prize, Mama Maggie is the recipient of numerous Egyptian and international humanitarian awards. Frequently called “the Mother Teresa of Egypt,” Mama Maggie has worked to overcome the pressure of family and societal norms placed upon women of her class to establish an institution that incorporates the poor and forgotten into the Egyptian education system and economy. 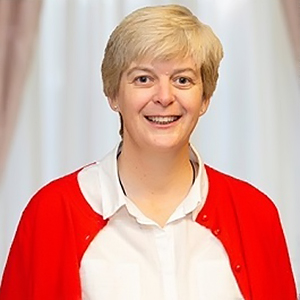 Born in Ireland in 1973, Sister Orla Treacy was, at a young age, inspired by the lives of service and compassion of her teachers who were religious sisters. After studying to become a teacher of religion, she joined the congregation of the Institute of the Blessed Virgin Mary (IBVM), known as the Loreto Sisters. In 2006, while teaching and offering pastoral care in Ireland, Sister Orla joined other Loreto Sisters who were starting a new mission in Rumbek, South Sudan–an area besieged by civil war and violent inter-clan conflict. Touched by the plight of girls who were being forced into early marriage and denied the right to an education, she took action. Sister Orla and the Loreto Sisters started a girls-only boarding school with 35 students. Today, Sister Orla serves as the head administrator of the Loreto Rumbek Mission in Maker Kuei, overseeing a boarding secondary school for girls, a co-educational primary school, and a women and child-centric primary healthcare facility. Sister Orla is a part of a diverse multinational team of religious sisters, educators, nurses, and other support staff, who all share a vision for improving the lives of the most vulnerable in the community. Despite the devastating consequences of war in Rumbek, and the many barriers to women and girls in the community, Sister Orla remains filled with hope, and the Loreto Schools stand as a beacon of light for future South Sudanese generations. She continues to work in faith, striving for a world in which girls are not forced into marriage, are allowed to complete their education, and can pursue their dreams. 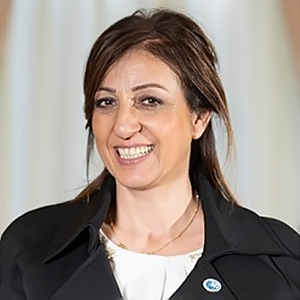 Col. al-Twal is the Chief of the Public Security Directorate’s (PSD) Women’s Police Department. She is currently serving as one of the highest-ranking women in Jordan’s security services, promoted through the ranks since joining the Directorate in 1991. Her efforts have spanned years in Refugee Affairs, and coordinating at various levels on security and the Syrian crisis. In her capacity as investigator with the Family Protection Department, Col. al-Twal was recognized for her work on sensitive cases, including with victims of domestic, physical, social, and sexual violence. She also managed reintegration for inmates in her tenure at PSD’s Women’s Correction and Rehabilitation Center, where she ensured alignment with international human rights law standards and opened a women’s clinic. Col. al-Twal also previously served as a presenter, program producer, news editor, and writer for the Directorate, reporting on issues related to security, traffic, combatting crime, and relations with local communities. In 2017 she was appointed deputy director of the Family Protection Department, and then appointed deputy director for the Public Relations and Media Department, where she served until attaining her current position in 2018. She is also a member of the Jordan National Commission for Women (JNCW, the lead entity shaping policy for women in Jordan), where she is closely involved in the implementation of Jordan’s National Action Plan for Women, Peace, and Security (JONAP). 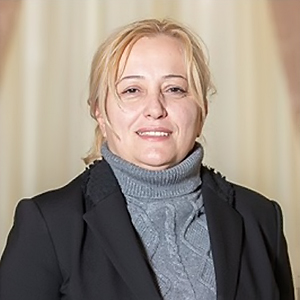 Olivera Lakic is a stalwart investigative reporter from Montenegro. In her 16-year career with the independent daily Vijesti, she has earned a reputation as a dedicated, determined, and respected reporter who chases down stories about crime and corruption, often at great personal risk. Following a series of investigative articles into the underground trade of counterfeit tobacco, Ms. Lakic received anonymous threats in 2011 warning her that if she did not stop reporting, she and her daughter would face reprisals. Undeterred, she kept reporting, and in 2012 an assailant attacked her outside her home in the capital city of Podgorica. Six years later in almost the same location, an assailant shot Ms. Lakic in the leg on May 8, 2018. The United States joined other governments and international organizations in quickly condemning the shooting. Although the shooter remains unknown and at large, Ms. Lakic has become a galvanizing symbol for media reform and journalist safety in Montenegro. A survivor and a fighter, she considers the 2011 threat against her daughter the gravest attack on her and her family. 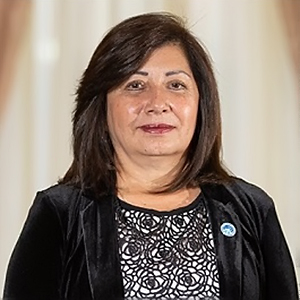 Flor de Maria Vega Zapata is Peru’s National Coordinator for Environmental Prosecutors and leads a team of prosecutors to investigate and prosecute transnational criminal organizations engaged in the multi-billion dollar criminal enterprises of illegal mining and illegal logging. Illegal gold mining in Peru has fueled a criminal ecosystem that undermines the rule of law through corruption, facilitates human trafficking, destroys natural resources, and is a main cause of biodiversity loss in the Peruvian Amazon. Some of the contamination caused by illegal mining also endangers public health, particularly women and children and indigenous peoples. Family clans control areas with minimal state presence and direct the illicit activities that then feed into transnational criminal networks. Despite threats from transnational criminal organizations and entrenched political and economic interests seeking to discredit and derail her work, Ms. Vega brought together Peru’s environmental enforcement interagency to disrupt illegal mining activities, resulting in 500 operations against illegal miners in 2016 alone. Her efforts to train, equip, and mentor her team of prosecutors resulted in the first convictions of illegal mining cases in 2019. Ms. Vega led her prosecutorial team in Iquitos to investigate and seize $1.6 million in illegal timber, the largest illegal logging shipment in Peru’s history. Her work on the illegal logging case proved to be a watershed moment in Peru’s fight against this crime. 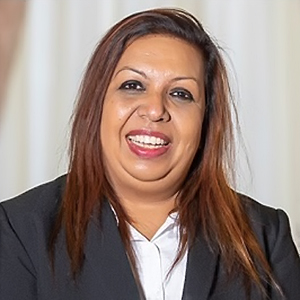 Marini de Livera is the Founder and Chairperson of Sisters at Law, where she serves as a pro bono lawyer for women and child victims of crime and promotes alternative care for children trapped in orphanages. She uses the visual arts and drama to create legal literacy among the public. She has her own street theatre group that travels around the country performing plays related to human rights issues. Ms. De Livera has also worked as a Human Rights Trainer for the army, police, public officials, and grassroots leaders. She is the former chairperson of the National Child Protection Authority. She has been a member of the Steering Committee on the Rehabilitation of Child Soldiers, the Prisons’ Reforms Committee, and the National Committee on Women. Ms. De Livera chaired the committee that drafted the amendments to the Prevention of Domestic Violence Act. She has lectured law in Sri Lanka, the UK, and the Seychelles.

Anna Henga is a Tanzanian lawyer, passionate human rights activist, and the Executive Director of the Legal and Human Rights Centre (LHRC). She has dedicated her entire professional career to advancing human rights in Tanzania with a particular focus on women and children. Highlights of Ms. Henga’s work include coordinating Tanzania’s Anti-Female Genital Mutilation Coalition, mobilizing the Southern Africa Legal Assistance Network to defend the human rights of women in Maasai communities, and proactively encouraging women candidates to run for office during the 2015 general election cycle, which resulted in several successful campaigns. She has also played an influential role in publicly voicing concern over the direction of democratic governance through adverse legislative and constitutional actions in her country.