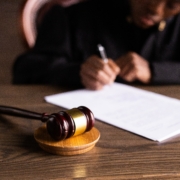 On Saturday, September 10, 2022, an AWIU Conversation brought International Women of Courage and Guatemalan judges Yassmin Barrios (2014) and Erika Aifan (2021) together to discuss the plight of justice in their country.

As the president of one of two of Guatemala’s High Risk Court Tribunals, Judge Yassmin Barrios has made a career of taking on the most difficult and politically-sensitive cases. Such cases have confronted high-profile corruption, organized crime and drug trafficking, and human rights abuses. Barrios continues her caseload in Guatemala amid continuing threats to her safety.

In March, 2022, Judge Erika Aifan resigned from her position amid threats and pressure related to her work, and fled to the United States. A trial judge working in the High-Risk Criminal Court of Guatemala with responsibility for high-impact crimes, Aifan had presided over high-profile corruption and war atrocity cases, leading to defamation and threats of violence against her.

In recent years, more than 20 Guatemalan judges have left the country in the face of unfounded allegations, attacks on judicial independence, harassment and assault. “What is happening in Guatemala now is a well-orchestrated campaign of denunciation of judges who issue decisions that are not popular with the government and its cronies, including much of the media,” said Aifan. Barrios said, “This is one of the most difficult times to deal with the judiciary in Guatemala – democracy is deteriorating.”

In spite of this opposition, Aifan and Barrios are united in a desire to halt the dismantling of the justice system and the exodus of judges in Guatemala. They asked AWIU members to support education, justice and development in their country in any way that they can, and mentioned that the coming AWIU Delegation to Guatemala in October, 2022, was a positive step forward. 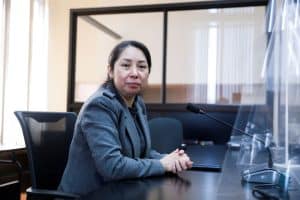 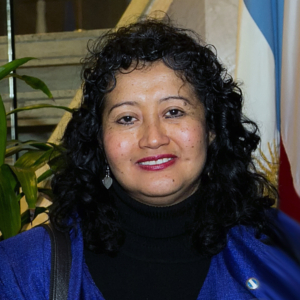 Afghan Women Need our Help Now, More than Ever