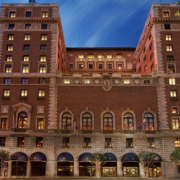 The International Women of Courage (IWOC) Award was established by the U.S. Department of State in 2007 to honor women who are making a substantial difference in the lives of other women around the globe. Honorees travel to the U.S. for an award ceremony at the State Department in Washington, DC on March 29th, 2016 and then travel as a group to different states on an International Visitors Leadership Program. The honorees will end their stay in the United States in Los Angeles for the International Women of Courage Celebration. Catherine Russell, the U.S. Ambassador-at-Large for the Secretary of State’s Office of Global Women’s Issues, will be on hand to introduce each of the honorees. AWIU provides each honoree with a grant to continue their vital work in their home country.

“AWIU is excited to be able to host these inspiring female leaders in Southern California for the first time,” says International Women of Courage Celebration chair Sarah Shelton. “We’ve had tremendous support from the business community, the major academic institutions and all those interested in women’s global issues and citizen diplomacy. It will be a memorable night.”