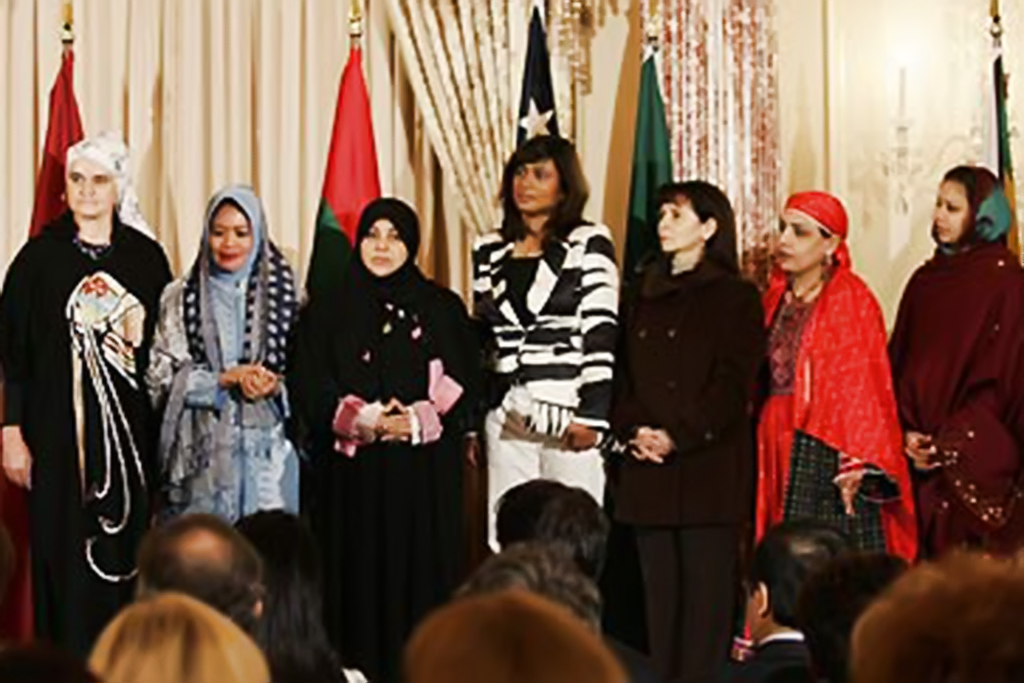 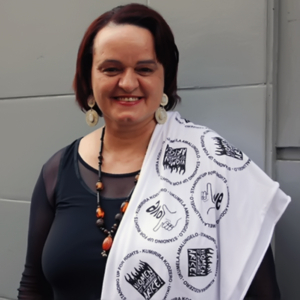 Ms. Jennifer Williams is the founder and inspirational leader of “WOZA” (Women of Zimbabwe Arise), one of the most active civil society organizations in protesting government abuses in Zimbabwe. Ms. Williams has suffered arrest, harassment, and physical abuse. By uniting women in Zimbabwe of all races and ethnic backgrounds to advocate for issues directly affecting them, she has brought social, economic and political issues to national attention. Ms. Williams and WOZA lead annual peaceful marches on Valentine’s Day and Mother’s Day to promote peace and development. These marches have led to the mass arrest of peaceful women who are seen as threatening to the Government of Zimbabwe, but the women remain undeterred. Ms. Williams and the organization she founded have provided an example of courage and leadership by working for change through peaceful and nonviolent means. 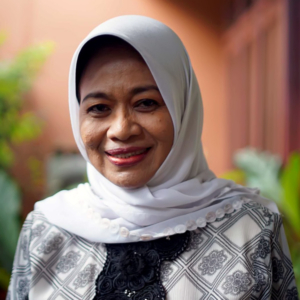 Dr. Siti Musdah Mulia is the first woman to earn a Ph.D. in Islamic thought from the State Islamic University, and the first woman appointed a research professor by the Indonesian Institute of Sciences. A prominent Muslim feminist, Dr. Mulia has used her extensive knowledge of the Quran and Hadiths to advocate for women’s rights. Dr. Mulia was part of a team of experts that produced a Counter Legal Draft of Indonesia’s Islamic legal code; recommendations included prohibiting child marriage, and allowing interfaith marriage. In the face of violent protests, the Minister of Religious Affairs canceled the project. Though faced with death threats and condemnation, Dr. Mulia continues to educate Indonesian women about their rights. 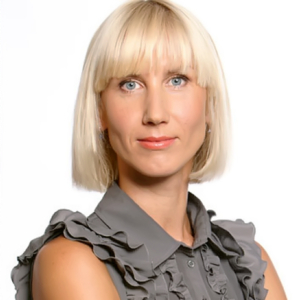 Ms. Ilze Jaunalksne is a journalist and anchor of Latvia’s top current affairs TV program, DeFacto. She is a trailblazer in the fight against political corruption in Latvia. In March 2006, Ms. Jaunalksne broke the story of a vote buying scandal involving prominent national political leaders from several parties. By shining the light on the investigation through news reports, the case could not be compromised by political pressure. Her report led to the indictment of several high-ranking political figures, and forced the resignation of a minister. In the face of harassment by public figures attempting to discredit her, and by extension her work, Ms. Jaunalksne took the government to court and sued for defamation of character. Her case was the first of its kind in Latvia. The judge ruled in her favor, and the State was ordered to pay her damages, another landmark achievement. In the face of great opposition and threats to her own life, Ms. Jaunalkse is helping to bring about reform for this democratic nation. 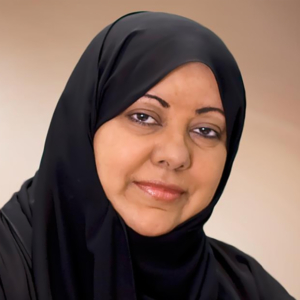 Dr. Samia Al-Amoudi is an obstetrician-gynecologist and former Vice Dean of the College of Medicine and Allied Science at King Abdulaziz University in Jeddah. She diagnosed her own breast cancer at a very advanced stage in March 2006, and struggled to get confirmation of the diagnosis and treatment options despite her own medical career. She was the first Saudi to share her personal battle with this disease, breaking the silence to speak out about its impact. As a single parent, full-time physician, and cancer awareness spokeswoman, Dr. Al-Amoudi has advocated effectively to increase awareness and to highlight the urgent need for enhanced medical care. Dr. Al-Amoudi understands that a woman’s silence can quickly lead to death if cancer is ignored or if women do not have access to care and treatment. She has contributed to raising public awareness for Saudi women and families across the Kingdom and throughout the region. 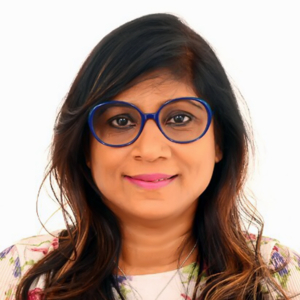 In a Muslim country making an arduous transition to a democratic system of government, Ms. Mariya Ahmed Didi is one of six women in the 50-member parliament, and one of only two elected women (the other four were appointed by the president). Ms. Didi organized the first-ever women’s rights rally in Maldives in March 2006, in response to plain clothes police arresting a female activist from her home late at night. Ms. Didi has faced physical harassment, and arrest. She remains tireless and tenacious in her efforts in a political scene dominated by men. She serves as a role model for a nation full of young women just beginning to become active in politics. 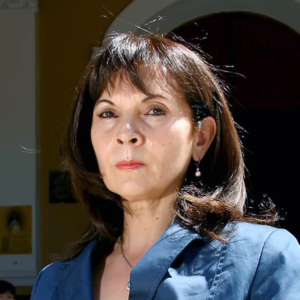 Ms. Susana Trimarco de Veron has faced danger and threats in her efforts to combat human trafficking and to find her daughter, who was kidnapped by traffickers. Desperate to find her missing daughter, Ms. Trimarco put herself in dangerous situations, disguised as a prostitute, trolling bars and alleys in search of anyone who might know her daughter’s whereabouts. Despite false leads and death threats, she has uncovered evidence of trafficking networks operating in the Argentine provinces of La Rioja, Tucuman, Buenos Aires, Cordoba, and Santa Cruz. Thanks to Ms. Trimarco’s work, human trafficking is now gaining public and government attention in Argentina, and victims are being encouraged to report the crime. 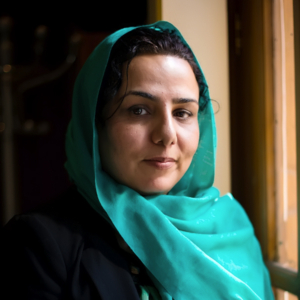 Mary Akramiis the Director of the Afghan Women Skills Development Center, which is a women’s shelter in Kabul. Women come to the shelter to escape domestic violence or forced marriages, and no one is ever turned away. Women are allowed to stay as long as needed while they recover from the violence they have suffered, often at the hands of a male relative. The Center is the only shelter in Kabul providing comprehensive assistance and permitting women to stay longer than a few nights. Shelter staff provide legal advice, literacy classes, psychological counseling, and basic skills training. Under Ms. Akrami’s leadership, several women at the shelter have made the virtually unprecedented move of denouncing their abusers publicly and filing court cases against them. Notwithstanding threats she has received, Mary Akrami refuses to be intimidated and remains dedicated to her work. She is on call for women who need her assistance 24 hours a day. 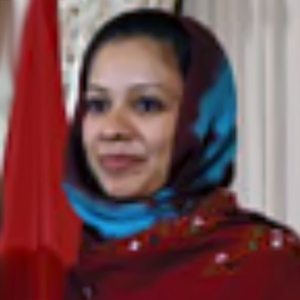 Aziza Siddiqui is Women’s Rights Coordinator with Action Aid, an Afghan NGO. She travels into Afghanistan’s greatly underserved countryside to conduct first-hand research on the situation of rural women. Currently, she is educating women in Afghanistan’s Northern Provinces on their rights. Ms. Siddiqui organizes training meetings on decision-making in numerous remote villages. Ms. Siddiqui is also conducting research on violence against girls in public high schools and how this may impede their access to education. Despite personal threats against her for her groundbreaking research on gender, Ms. Siddiqui forges ahead with her investigation into the lives of women around the country and uses that information as a platform to draw attention to the needs of women in Afghanistan. 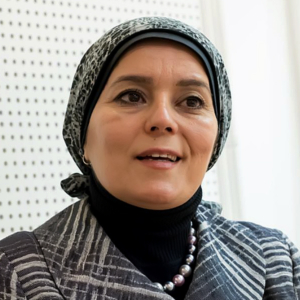 Dr. Sundus Abbas is the Executive Director of the Women’s Leadership Institute in Baghdad, and an activist for women’s rights in Iraq. She has worked tirelessly, despite severe obstacles, to improve the capacity of Iraqi women to become involved in the Iraqi political process, to play greater roles within their political parties, to take part in local and national politics, the constitutional drafting and amending process, and in national reconciliation and conflict resolution efforts. Dr. Abbas, a political scientist by training, regularly speaks out in the public media about women’s rights, the constitution, the problem of women’s political marginalization within Iraqi political parties and government agencies, and women’s role in achieving national unity. She has also worked to build the capacity of Civil Society Organizations to take part in national reconciliation efforts and decrease sectarianism and sectarian violence. Additionally, Dr. Abbas writes regularly for Iraq’s main daily newspapers on women’s rights, and has held numerous press conferences to directly address issues of concern to women, and has been interviewed numerous times on Baghdad’s major television stations. 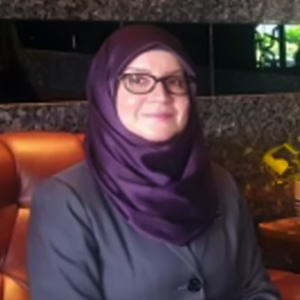 Ms. Shatha Abdul Razzak Abbousi is a member of the Iraqi Council of Representatives, from the Iraqi Islamic Party, where she is also sits on the Human Rights Committee. Ms. Abbousi is a prominent Iraqi activist for reconciliation and for women’s rights, and a member of The Pledge for Iraq, a women’s rights activist group. Through her work both within and outside parliament, she has courageously fought for women’s rights, and Ms. Abbousi’s dedication, courage and leadership has set an example for young Iraqi women who are interested in taking an active role in their nation’s political process. Ms. Abbousi is a teacher by education, specializing in both biology and Islamic studies – thus demonstrating that science and religion can coexist. During the previous regime, however, she was banned from teaching in any state schools because of her refusal to join the Ba’ath Party. After the war, she began teaching in a public school, but took a leave of absence in order to fully participate in politics.