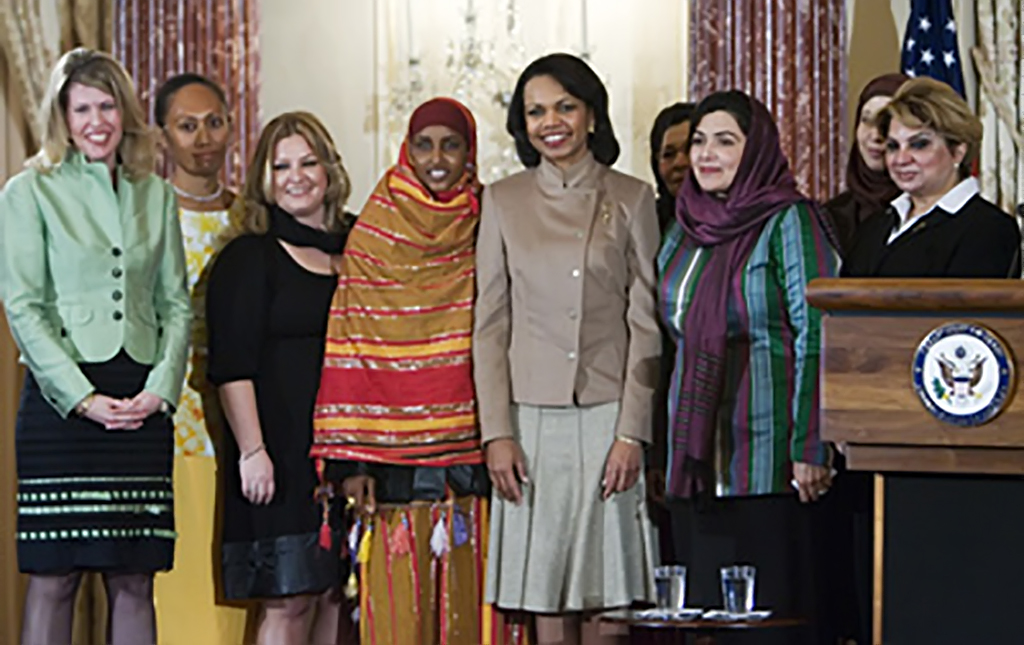 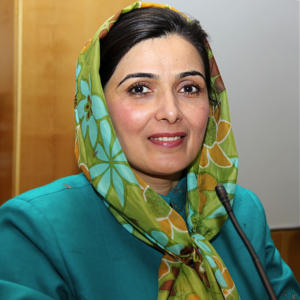 Suraya Pakzad is the founder of Voice of Women, one of a minority of organizations dedicated to helping women in Afghanistan. Voice of Women is based in Herat but has offices in three provinces across the region. Founded in 1998, her organization continued to operate during the Taliban rule, mainly in Kabul, and continues to face tremendous challenges even today. The organization’s core service is providing shelter and counseling to women including those who have recently been released from jail, women who have run away from abusive relationships, and girls escaping forced marriages. The organization also works to advocate for increasing the role of women in society and offers gender issues programs for women and children. 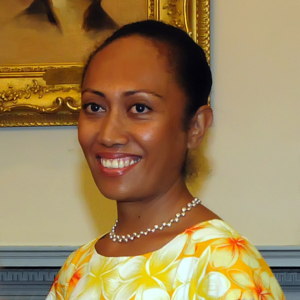 Virisila Buadromo is a strong advocate for equality, human rights, the rule of law and democracy. In 2001 she became the Executive Director of the Fiji Women’s Rights Movement (FWRM) lobbying for gender equality through legislative reform and policy change. Challenging social norms has been particularly difficult as Fiji has suffered from unstable governments, culminating in a military coup in December 2006. Following the 2006 coup, Ms. Buadromo was targeted by the regime for her work on behalf of citizens’ rights. Undaunted by her experience, Ms. Buadromo and her team have expanded FWRM’s scope in the community, by further developing the Emerging Leaders Forum, a year-long feminist leadership program for young women. FWRM’s has continued working to reform Fiji Islands’ archaic, discriminatory Family Laws, through three coup d’etats and three different governments. Despite Fiji’s chaotic political climate, Ms. Buadromo and her team continue to help women and children access justice and defend their rights. 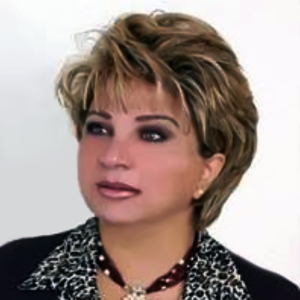 Dr. Eaman Al-Gobory is the National Medical Officer for the International Organization of Migration (IOM), one of few international aid organizations active in Iraq. Dr. Al-Gobory has helped many Iraqi children to receive lifesaving specialized care at hospitals in the U.S. and around the world, including: plastic surgery, prosthetic limbs and congenital cardiac surgery. She funds the treatment with the help of NGOs and charity organizations. Dr. Al-Gobory also works tirelessly to help rebuild the Iraqi health care system so that children can receive the care they need in their own country. With unyielding professionalism, optimism and courage, Dr. Al-Gobory’s dedication to the health of the children of Iraq keeps her going, despite the threat to her personal safety that is a reality for many of Iraq’s doctors. Dr. Al-Gobory is an inspiration both, to her professional medical colleagues, as well as to the women of Iraq.

Valdete Idrizi is an ethnic Albanian internally displaced person (IDP) who lost her home in Serb-controlled north Mitrovica in 1999. She crosses frequently into Serb-controlled territory over the ridge that she has been warned is too dangerous to cross, in order to run women’s and youth projects in the Serb north. She also counsels Serb widows and other IDPs who have suffered as she has. Ms. Idrizi risks beatings, kidnapping and death, and has had to move from house to house to ensure her safety. She runs a local NGO that sponsors more than 200 multi-ethnic and grassroots level projects in the immediate region of Mitrovica dedicated to the needs of: youth, women, minorities, IDPs, culture and media. In the last six years, her NGO has been the only organization in Mitrovica to encourage reconciliation and rebuilding of relationships between both ethnic Albanians and Serbs. Ms. Idrizi’s NGO has become the “go to” group for healing, and is respected by all sides in conflict-torn Kosovo. 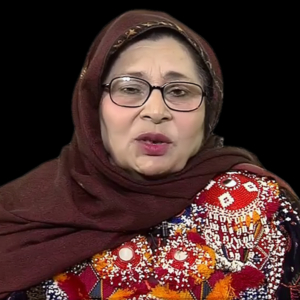 Dr. Begum Jan was born in South Waziristan, in the Tribal Areas of Pakistan. She received her medical degree from Jalalabad Medical College, where she was the first woman to become student body president. After returning home, she joined the Pakistan Red Crescent, where she worked with women and children at a mental hospital. She also worked as a health care provider to Afghan refugees. Dr. Jan started the Tribal Women Welfare Association (TWWA) by selling her personal jewelry. Since the first project in Khyber Agency, Dr. Jan and TWWA have helped women in every single agency of Pakistan’s Federally Administered Tribal Areas. Extremist elements oppose Dr. Jan’s work to educate and improve the lives of these women, calling her efforts un-Islamic and a threat to traditional cultural values, but Dr. Jan has always struggled against customs and traditions that are at odds with basic human rights. During a time of unrest last year, she led a protest in Peshawar against conservative clerics who urged suicide bombings and violence against more moderate civic movements. As a child she attended a school for boys, because no other education was available, and she studied with a tutor when her tribal elders forbade her to attend high school. She traveled to Jalalabad on foot to study when there were no opportunities in her hometown. 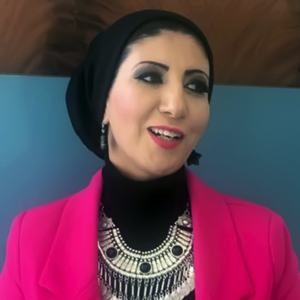 Nibal Thawabteh is a woman of courage in the political and media fields. She was the first woman to be elected to the Beit Fajjar Village Council (a very conservative village near Bethlehem) by mounting a comprehensive political campaign that has blazed the trail for other women wishing to serve in local politics. After participating in U.S.-sponsored NGO political campaign training courses in 2002, she developed her own customized training manual for women in her community, volunteering over 200 hours to help others attain seats in the Village Council. Most recently, Ms. Thawabteh has used the media to continue to advance the cause of women in the Palestinian Territories by founding a monthly newspaper which covers various controversial political and social issues such as: honor killing, polygamy, and the plight of the poor. She says that her investigative reports have resulted in threats of physical violence against her, but she continues her work for women’s social and political rights. 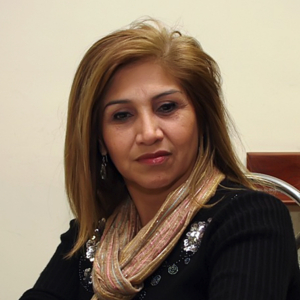 Cynthia Bendlin has exhibited outstanding courage and leadership in combating the trafficking of women and children and promoting their rights through her administration of the International Organization of Migration’s prevention of trafficking of women in the tri-border area of Brazil, Argentina and Paraguay. She continues to fight this “modern-day slavery” despite forced job relocation and death threats to herself by the criminal mafia who control the trade. 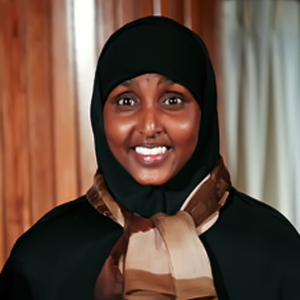 Farhiyo Farah Ibrahim is a Somali refugee who has dedicated her life to fighting for women’s rights and against female genital mutilation (FGM) and forced marriage in the Dadaab refugee camp in north-east Kenya. The isolation of this camp means exposure to the outside world is extremely limited. Life in the camps is especially harsh for women, who have traditionally played a subordinate role to men in conservative Somali society. Her most dangerous role has been as a campaigner for the elimination of female genital mutilation which is widely practiced in Somalia and other parts of Africa. At great personal risk and ostracized by her family and clan, she has resolutely advocated for condom use, distributed condoms, promoted voluntary HIV/AIDS counseling and testing, and advocated for the rights of women, girls, and refugees.