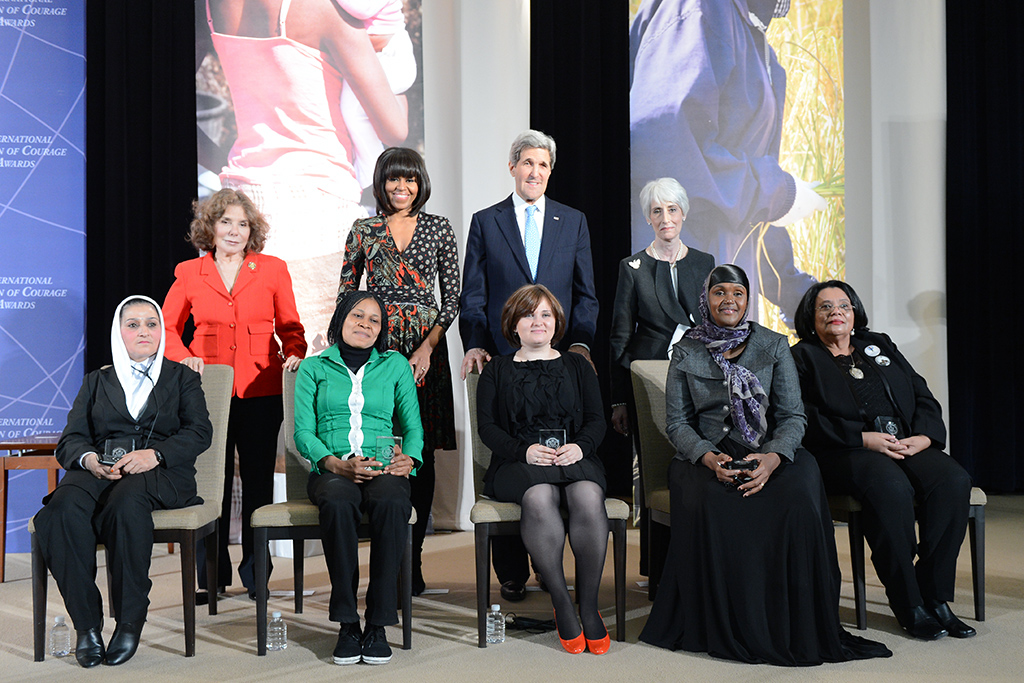 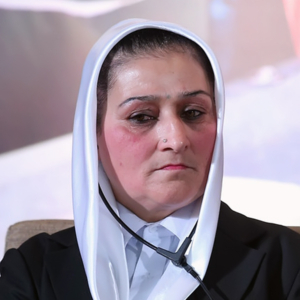 Second Lieutenant Malalai Bahaduri’s story is one of hope and perseverance that began in the mid-1960’s. At the age of two, her parents moved the family from Wardak Province to Kabul. Despite living under a Soviet occupation followed by a repressive Taliban regime, Second Lieutenant Bahaduri persevered and received an education through the 12th grade.

When Afghanistan was liberated by coalition forces in 2002, Second Lieutenant Bahaduri, with the support of her husband, decided to leave her job as a telecommunications operator to pursue a career in law enforcement. A mother of three, she endured death threats and physical abuse at the hands of an uncle who broke her nose after learning of her career decision. Undeterred by his reaction, Second Lieutenant Bahaduri accepted the challenge.

Second Lieutenant Bahaduri’s dedication to achieve success, coupled with a powerful spirit to endure the criticisms from both her peers and her family, was eventually recognized when she was selected and became the first female member of the Afghan National Interdiction Unit (NIU). Despite her achievements, she continued to endure social bias and additional death threats to herself and her family. As an NIU instructor, she is committed to the professional development of the Counter Narcotics Police – Afghanistan (CNP-A). She plays an integral role in the Afghan effort to target the most significant drug trafficking networks, collect evidence, and arrest and prosecute drug traffickers in accordance with Afghan law. First Sergeant Bahaduri has developed a strong reputation for duty and excellence among the Afghan members of the NIU, as well as with her U.S. advisors and mentors.

Now a grandmother, when asked why she chose to pursue this way of life, Second Lieutenant Bahaduri speaks of a time when women and men will be viewed as equals, when oppressive and archaic laws will be a thing of the past, and when women will be able to pursue whatever dreams they may possess. 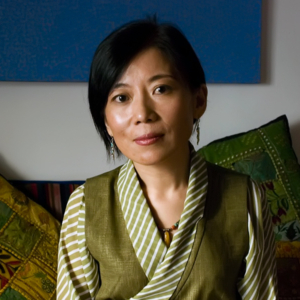 In a period marked by increasing self-immolations and protests in Tibetan areas of China, Tsering Woeser has emerged as the most prominent Mainland activist speaking out publicly about human rights conditions for China’s Tibetan citizens. Born in Lhasa, Tsering Woeser’s website, Invisible Tibet, together with her poetry and non-fiction and her embrace of social media platforms like Twitter, have given voice to millions of ethnic Tibetans who are prevented from expressing themselves to the outside world due to government efforts to curtail the flow of information. Despite the constant surveillance of security agents and routinely being placed under house arrest during periods deemed to be politically sensitive, Tsering Woeser bravely persists in documenting the situation for Tibetans, noting that “to bear witness is to give voice to “and asserting that she “will not give up.” 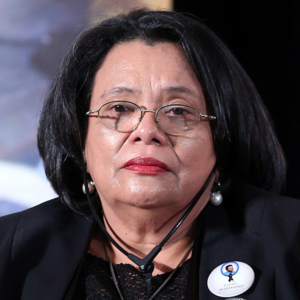 Julieta Castellanos has repeatedly played a central role in efforts to overcome enormous challenges afflicting Honduras. Through her work on the Truth and Reconciliation Commission, she helped her nation recover from violent political polarization following a coup d’état. She was instrumental in forming an umbrella organization for more than 400 organizations that have given civil society a more powerful voice, and she has pressed relentlessly for systemic reform of the country’s police and justice sector institutions. 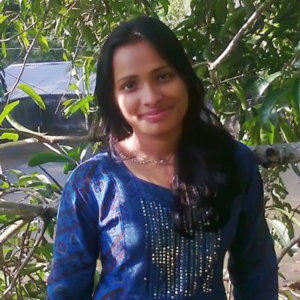 Known to India and the world as “Nirbhaya” (Fearless), the courageous 23-year-old physiotherapy intern whose brutal gang rape on a moving bus in Delhi in December inspired widespread protests, has become the foundation of a popular movement to end violence against women in India. For millions of Indian women, her personal ordeal, perseverance to fight for justice, and her family’s continued bravery is helping to lift the stigma and vulnerability that drive violence against women. “Nirbhaya” bravely recorded two police statements while in the hospital, repeatedly called for justice against the six attackers, and stated her will to survive to see justice done. Like many Indians inspired by her struggle, she was born into a working class family that invested their hopes and life savings into her dream to pursue medicine. She had just graduated from a physiotherapy program when her life was cut short. In the wake of her death just two weeks after the attack, India’s active civil society began advocating heavily for legislation and social programs to stem gender-based violence in all its forms and to ensure higher rape conviction rates and gender-sensitive law enforcement and justice systems. Thanks to these efforts, the Indian government has begun to take action to follow through on those demands. 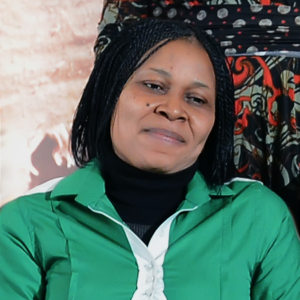 Over the past twenty years, Dr. Josephine Odumakin has handled over 2,000 cases of violations of women’s rights, including cases of extrajudicial practices committed by government security agencies against women. These cases have included violations of women’s rights including extrajudicial killings of women by the police or their spouses, assault of women by law enforcement personnel for any pretext as well as deaths of children and women through negligence on the part of school or hospital authorities. Dr. Odumakin leads almost every protest, march, lecture or workshop aimed at encouraging the rule of law and governing justly and democratically. Her advocacy led her to be arrested and detained seventeen times during the dictatorship of General Ibrahim Badamosi Babangida’s regime. Dr. Odumakin is currently the Executive Director of the Institute of Human Rights and Democratic Studies; President of Women Arise for Change Initiative; Chairman, Task Force of the Citizen Forum; Spokesperson, Coalition of Civil Society Organizations; and President, Centre for Participatory Democracy. 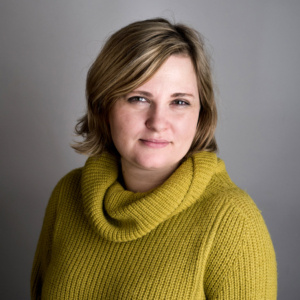 Regarded as one of the most experienced and influential investigative journalists in Russia, Elena Milashina has spent her career shining light on events others shy away from. From drug trafficking, to terrorist attacks, to military disasters, and even the killings of fellow journalists, Ms. Milashina has covered some of Russia’s most controversial subjects with passion, fairness, and dedication. She is an ardent opponent of the extrajudicial kidnappings and torture that plague areas of Russia and is outspoken against xenophobia and racism. She has received overt and thinly-veiled threats from government officials, private citizens, and corporations, and she bears the scars of both physical and verbal attacks. Despite these challenges, Ms. Milashina continues to provide a voice exemplifying commitment to the highest human standards. 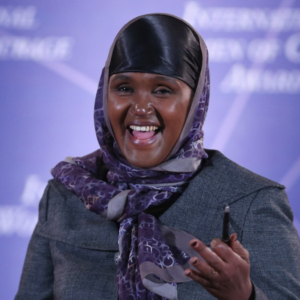 Ms. Fartuun Adan is the Executive Director of the Elman Peace and Human Rights Centre, a Somali NGO based in Mogadishu, Somalia. Ms. Adan has championed human and women’s rights, peace-building, development, and the rehabilitation of child soldiers across Somalia, often under insecure and dangerous conditions. Ms. Adan and her husband worked for years as ardent peace activists. Advocating for education as an alternative to perpetual violence and as a means to lift Somalia out of its 20 year cycle of civil conflict, they jointly coined the popular Somali peace mantra: “Put down the gun and pick up the pen.” In 1996, Somali warlords assassinated her husband for his and Fartuun Adan’s peacemaking efforts. When her husband’s family took over the organization and left her with no financial means, Ms. Adan fled to Canada as a refugee where she raised her three daughters. She returned to Somalia in 2007 at the height of conflict in Mogadishu, between the Union of Islamic Courts, Warlords, and Ethiopian forces, to continue the work that she and her late husband had begun. In 2010, Ms. Adan initiated a Sister Somalia program to support SGBV victims who had survived rapes and/or escaped forced marriages. She established Somalia’s first sexual violence hotline and rape crisis center in Mogadishu in 2011. To date, the center has served over 400 Somali women and girls, offering counseling and medical services, business start-up kits and funds, entrepreneurial skills training, and relocation to safe haven. Ms. Adan has also restarted the Elman Peace and Human Rights Centre’s efforts to reintegrate former child soldiers back into society by providing disengaged teenage child soldiers with both education and job training skills. These skills have allowed them to fill jobs created by the exodus of skilled laborers who fled Mogadishu’s violence. Many of these former child soldiers now work as teachers, electricians, and mechanics, as well as other professions. On average, she has trained 350 youths per year, and plans to expand this number to 700 for 2013 and to areas recently recaptured from al-Shabaab by African Union and Somali forces. 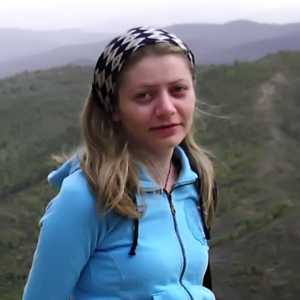 Razan Zeitunah was forced into hiding after the Syrian government accused her of being a foreign agent for reporting atrocities against civilians to internet and foreign media. She is now a leading voice of the Syrian revolution. Ms. Zeitunah worked with the Human Rights Association of Syria to monitor and expose domestic human rights violations. Her information website, SHRIL, became the international community’s principal source of information about the killings and torture of civilians by Syrian security forces. Ms. Zeitunah is also a founder of the Human Rights Association in Syria (HRAS) and the Local Coordination Committees (LCCs), which have become the central repository and sounding board for information about the regime’s actions. Although the 34-year old Damascene has been in hiding for 22 months and her husband is in prison, Ms. Zeitunah continues to inform the world about the daily atrocities committed by the Syrian regime. 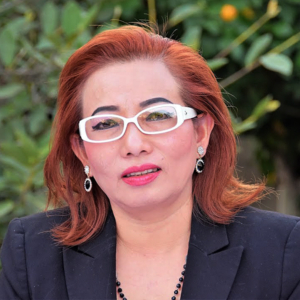 Ta Phong Tan, a ground-breaking blogger currently serving a 10 year prison sentence with two additional years of house arrest. Ms. Tan is a former Vietnamese Communist Party member and former officer in the Vietnamese security forces. After publishing online articles criticizing the policies of the Communist Party of Vietnam (CPV), she was expelled from the security forces and CPV. In 2006, Ms. Tan started her blog “Truth and Justice,” posting essays and exposes online. She was among the first bloggers to write and comment on political news events long considered off-limits by authorities. In 2011, she was arrested and convicted of conducting propaganda against the state.