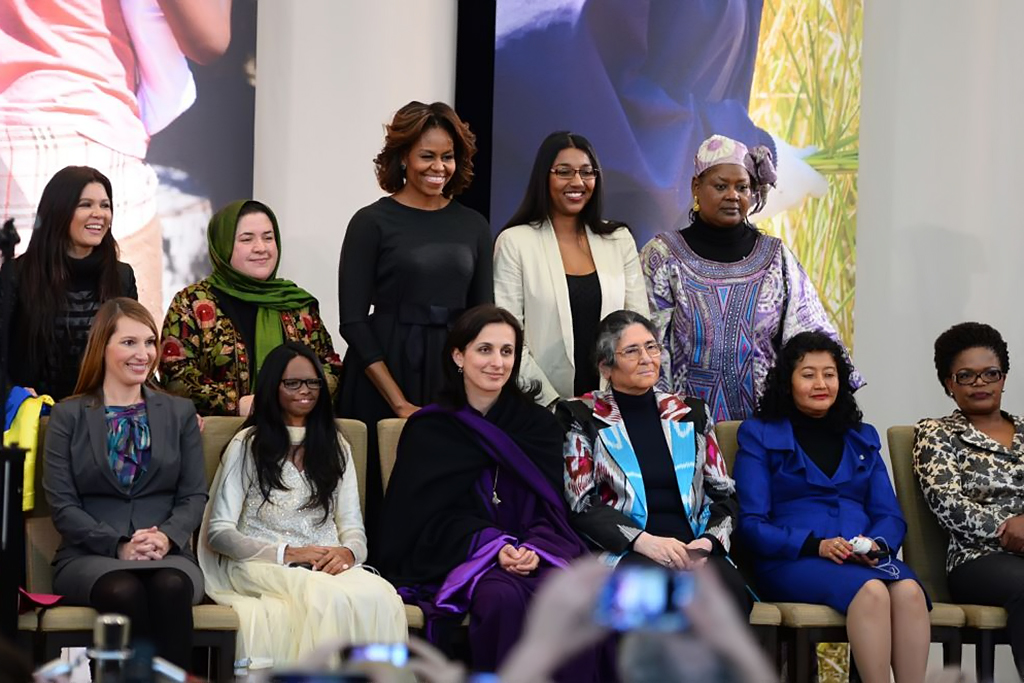 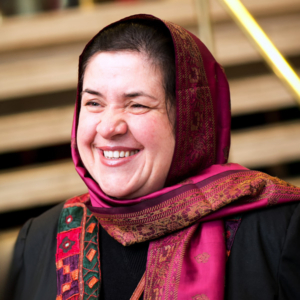 A prominent leader in the field of maternal health, Dr. Nasrin Oryakhil is a doctor of Gynecology and Obstetrics and has been the Director of the Malalai Maternity Hospital in Kabul since 2004. In addition to providing emergency obstetric care to women, including for rural women who come to Kabul because of medical complications, Dr. Nasrin founded, at Malalai Maternity Hospital, the first center for obstetric fistula repair in Afghanistan. Dr. Nasrin is also firmly committed to strengthening the role of women in medical professions in Afghanistan. She has increased the recognition of the essential role of midwives and supported the establishment of the Afghan Midwives Association. She is the president of the non-governmental organization Afghan Family Health Association, which is currently implementing innovative reproductive health programs, providing a hotline for youth and shelters for women, and conducting outreach sessions in high schools to raise reproductive health awareness among students. She is also an active member of the Afghan Women’s Network, has spoken before the Parliament many times, has presented at professional medical conferences, and is part of the working group tasked to establish a Medical Council in Afghanistan. 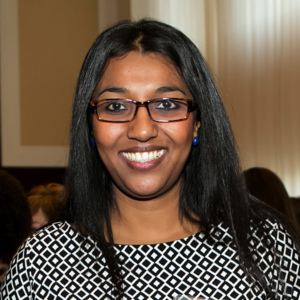 Roshika Deo has been a vocal advocate for Fiji’s return to democracy and for the participation of women and youth in her country’s democratization process. She was one of the very first candidates in the country to announce her intention to stand in Fiji’s 2014 elections, the first since a military coup in 2006. Despite intense criticism and threats of violence and financial difficulties, Roshika and her “Be the Change” political campaign are inspiring a new generation of Fijian women and youth to believe in democracy and the power of civic participation. Roshika has also been one of Fiji’s most outspoken critics of violence and discrimination against women and girls, and has publicly stood up for government accountability. 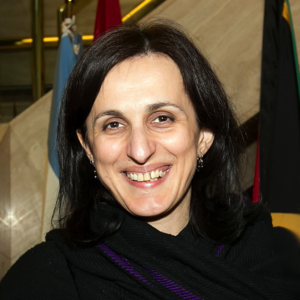 Despite being a minority of a minority – a woman working in a predominately male religious field, and a religious minority operating in a society dominated by one faith – Bishop Rusudan Gotsiridze of the Evangelical Baptist Church of Georgia bravely advocates for gender equality and for the equal protection of all of Georgia’s minorities. As a woman holding a position of church leadership, Bishop Gotsiridze occupies a unique and respected role, challenging the perception of the role of women in society. She contributes frequently to gender equality, efforts to prevent and respond to gender-based violence, and other women’s initiatives. With her church, Bishop Gotsiridze has spearheaded a number of initiatives to promote tolerance and equality in Georgia, including the establishment of interfaith dialogues that have successfully worked to protect the freedom of religious expression in Georgia, especially for the Muslim minority. Bishop Gotsiridze was one of the first members of the religious community to speak in support of the rights of Georgia’s LGBT community. 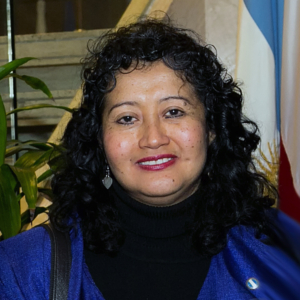 As the president of one of two of Guatemala’s High Risk Court Tribunals, Yassmin Barrios has made a career of taking on the most difficult and politically-sensitive cases. Such cases have confronted high-profile corruption, organized crime and drug trafficking, and human rights abuses occurring during Guatemala’s 36-year internal armed conflict (1960-1996). Most strikingly, in 2013, Barrios served as the presiding judge in the genocide trial of former Guatemalan dictator Efrain Rios Montt. The trial represented the first time a former head of state was tried for genocide in his home country by the national judiciary. By initiating the judicial process against the former dictator, Barrios gave a voice to thousands of Ixil-Mayan victims, provided an important legal precedent for genocide cases worldwide, and demonstrated the importance of an independent judiciary. 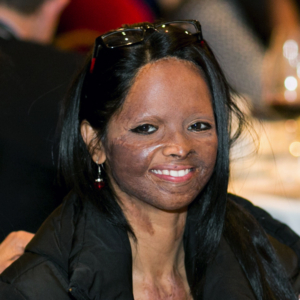 Laxmi was 16 when an acquaintance threw acid on her face while she waited at a bus stop, disfiguring her permanently. Her attacker, a friend’s 32-year old brother, planned to use the acid to destroy Laxmi’s face after she refused to respond to his romantic advances. Many acid attack victims never return to normal life: they often go to great lengths to hide their disfigurement, many forgo education or employment rather than appear in public, and suicide is not uncommon. But Laxmi did not hide. She became the standard-bearer in India for the movement to end acid attacks. She made repeated appearances on national television, gathered 27,000 signatures for a petition to curb acid sales, and took her cause to the Indian Supreme Court. Laxmi’s petition led the Supreme Court to order the Indian central and state governments to regulate immediately the sale of acid, and the Parliament to make prosecutions of acid attacks easier to pursue. Much is left to be done, and Laxmi continues to advocate on behalf of acid attack victims throughout India for increased compensation, effective prosecution and prevention of acid attacks, and rehabilitation of survivors. 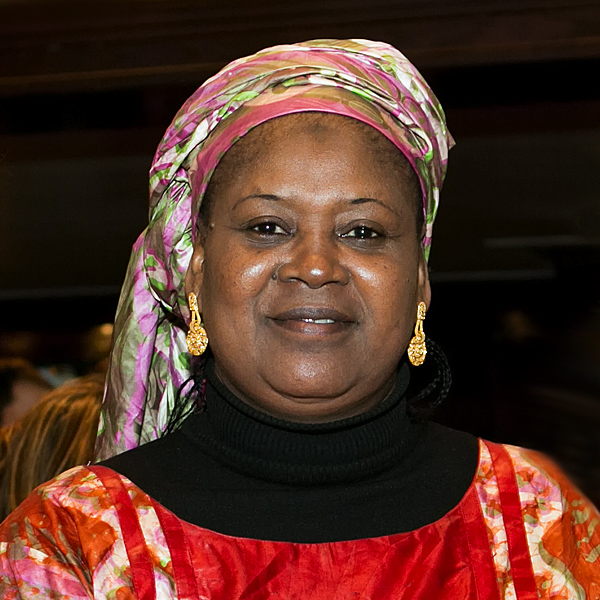 During the terrorist occupation of northern Mali, Fatimata Touré channeled her 22 years of experience advocating for women’s health rights to fight resolutely against countless acts of gender-based violence. When extremists attacked the hospital in Gao, she assisted victims in relocating and finding much needed safety and care. As the conflict ensued, Mme. Touré provided counseling and shelter for victims of rape and forced-marriage and publicly denounced perpetrators of gender-based violence. Her actions drew threats from the extremists and, even as her own home was under assault, Mme. Touré hid beneath her bed and used her mobile phone to continue documenting acts of violence against women. Her limitless courage ensured that victims received medical care and that the abuse they suffered was not forgotten during the conflict. As the current head of the Regional Forum on Reconciliation and Peace in Gao, she continues advocating for justice and women’s rights. 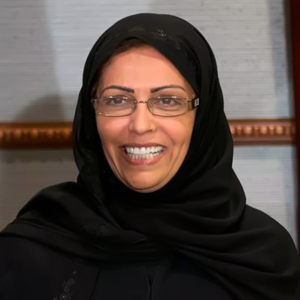 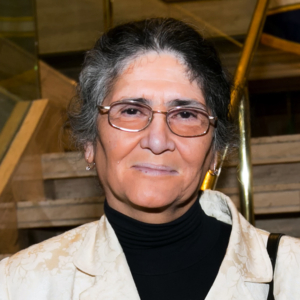 Oinikhol Bobonazarova is a pioneer of the human rights movement in Tajikistan and one of the country’s most well-known female human rights activists. Since the end of the Tajik civil war in 1997, Ms. Bobonazarova has worked tirelessly to draw attention to women’s rights, torture in detention centers, and the plight of Tajik migrant laborers. In September 2013, Ms. Bobonazarova became the first ever female candidate for President of Tajikistan when the only Islamic political party in Central Asia nominated her as its standard bearer. Since her unsuccessful bid for the presidency, Ms. Bobonazarova has continued to speak out against torture and has been instrumental in working with the NGO association “Coalition Against Torture” and the Ombudsman’s Office to establish the first independent prison monitoring program since prisons were closed to outside access in 2004. 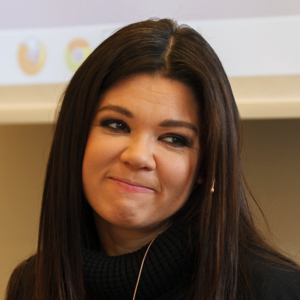 Ruslana Lyzhychko is a civil society activist, human rights advocate and a leader of Ukraine’s Maidan movement for democratic reform. Her steadfast commitment to non-violent resistance and national unity helped channel a series of popular demonstrations into a national movement against government corruption and human rights abuses. Ms. Lyzhychko started her career as a pop music star, earning international fame for winning the 2004 Eurovision song contest. In November 2013, Ms. Lyzhychko became one of the most powerful voices and leaders of Ukraine’s EuroMaidan movement using her celebrity status and social media connections to encourage citizens to demonstrate peacefully for a change of political course. Her performance of the Ukrainian national anthem every night, even in the face of impending police attacks and death threats, fortified the movement and became a symbol of its commitment to a diverse and unified Ukraine.

When police attacked peaceful student demonstrators, Ms. Lyzhychko personally evacuated students and stood guard outside while alerting the media and calling on the international community to intervene. Then, on a freezing night in December, as security forces with truncheons and shields descended on the Maidan, Ruslana remained onstage to marshal activists to stand their ground and resist nonviolently. Ms. Lyzhychko continues to work actively in Ukraine and with Ukraine’s European partners to further the Maidan’s agenda of democratic reform. 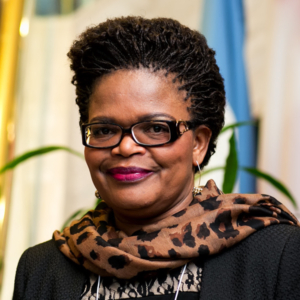 Beatrice Mtetwa is Zimbabwe’s most prominent human rights lawyer. For more than 20 years she has fought against injustice, defended press freedom, and upheld the rule of law, accepting difficult cases that other lawyers have declined for fear of political reprisal. Despite experiencing harassment, assault, violence, and arrest, she remains a steadfast advocate for human rights, women’s equality and advancement, and social justice. Mtetwa defended two previous International Women of Courage awardees, Jestina Mukoko and Jenni Williams. She has also represented politicians, civil society activists, and local and international journalists including British and American correspondents arrested while covering Zimbabwe’s 2008 election.