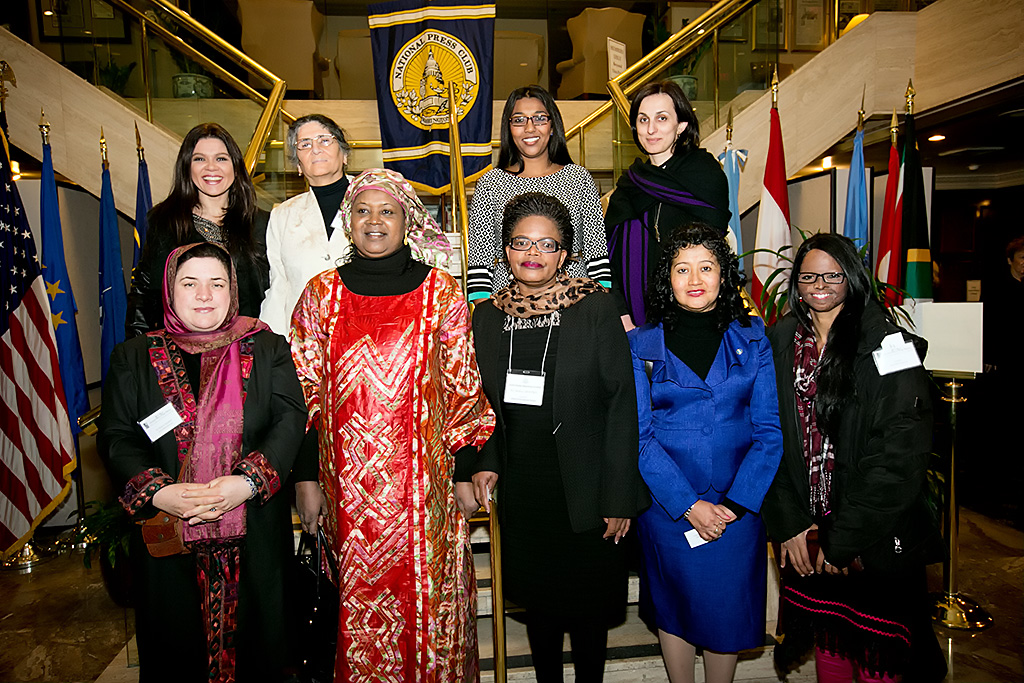 American Women for International Understanding presented The 7th Annual International Women of Courage Celebration (IWOC Celebration), in collaboration with the U.S. Department of State, on March 4th, 2014 at the National Press Club in Washington, D.C. The evening honored ten extraordinary women from around the globe for their courageous and selfless efforts advocating for peace, justice, human rights and women’s equality, often in the face of great personal risk.

The International Women of Courage Award was established by the U.S. Department of State in 2007 to honor women who are making a substantial difference in the lives of women around the globe. Nominated by U.S. embassies and NGO’s, the candidates are selected by the State Department for their inspiring and impactful work.

Since 2008, American Women for International Understanding has had the unique privilege to in collaborate with the State Department to support their outstanding program by annually hosting The International Women of Courage Celebration, an evening event that recognizes the awardees and celebrates their exemplary efforts. In addition, each of the awardees receives a monetary grant from AWIU to support continued efforts in her home country.

AWIU members and guests traveled from across the U.S. and various foreign countries to attend AWIU’s 7th Annual International Women of Courage Celebration and welcome the awardees to America. The evening began with a reception during which honorees mingled with AWIU members, Celebration sponsors and honored guests, and representatives from the U.S. Department of State. 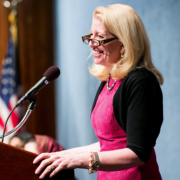 During the dinner program, Catherine M. Russell, Ambassador-at-Large for the Office of Global Women’s Issues, introduced each of the International Women of Courage by highlighting her personal story, courage and inspirational work. 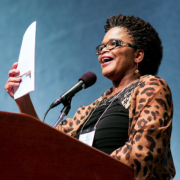 IWOC awardee Beatrice Mtetwa spoke on behalf of all the recipients. Zimbabwe’s most prominent human rights lawyer, Ms. Mtewa has fought injustice, defended press freedom, and championed the rule of law for over 20 years, despite experiencing political reprisals and personal violence. She spoke enthusiastically of her gratitude for the International Women of Courage Award and the important, life changing recognition it brings to her and fellow awardees. 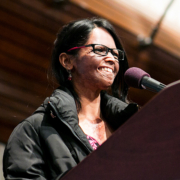 Following Ms. Mtetwa, attendees listened in hushed silence to Laxmi, the soft-spoken IWOC recipient from India, who was 16 years old when an attacker threw acid in her face after she refused his unwanted advances. Although permanently disfigured, Laxmi became a fearless and avid campaigner with Stop Acid Attacks. Her work helped lead to groundbreaking legislation regulating the sale of acid and the persecution of perpetrators. In her quiet but determined voice, Laxi read an impassioned poem she had written to her attacker, proclaiming her newfound strength and refusal to be defeated. She followed her reading with a haunting song in her native tongue. Both IWOC speakers received a standing ovation from the audience. 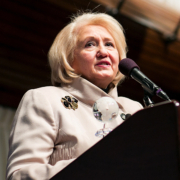 The IWOC Celebration program also included the presentation of the AWIU Internationalism Award and the Bernice Behrens Founders’ Award. AWIU President Diane McGlinchey presented the Internationalism Award to Melanne Verveer, the first U.S. Ambassador-at-Large for Global Women’s Issues and the Founding Director of the Georgetown Institute for Women, Peace and Security. Ambassador Verveer shared her thoughts on the topic of Women Leading Change Around the Globe during a timely and insightful “armchair conversation” moderated by Leslie M. Schweitzer, Chairman and President of Friends of American University of Afghanistan and an AWIU member. 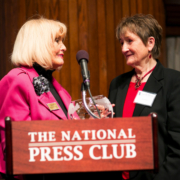 The Bernice Behrens Founder’s Award, in recognition of an AWIU member who has made an extraordinary contribution to the organization, was presented to Roxana Goin, a dedicated member since 2002. Among her many contributions to AWIU, Ms. Goin has led numerous delegations to Japan. Ms. Goin is the first non-Japanese citizen to ever receive the Citizen’s Award from the city of Shingu, Japan. 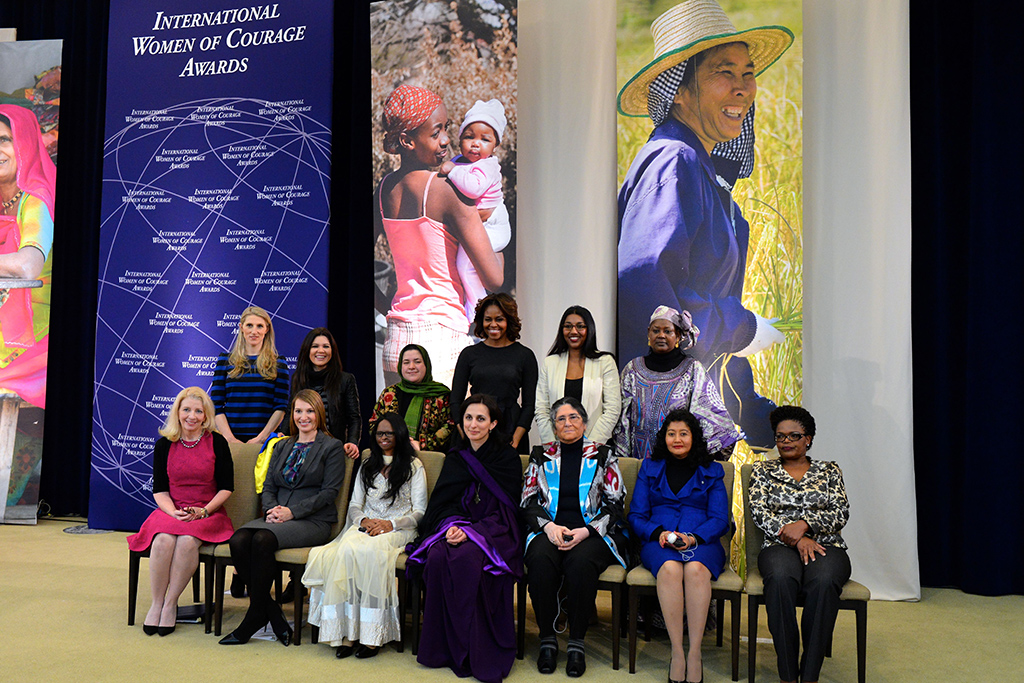 AWIU members also attended the U.S. Secretary of State’s International Women of Courage Award Ceremony and Reception held on the morning of March 4th at the Department of State. U.S. Secretary of State John F. Kerry had been called to the Ukraine on urgent business by the President, however, First Lady Michelle Obama joined Heather Higginbottom, Deputy Secretary of State for Management and Resources, Catherine M. Russell, Ambassador-at-Large for Global Women’s Issues and Dr. Vanessa Kerry to conduct the awards ceremony and recognize each of the International Women of Courage.

In congratulating the 2014 award recipients, First Lady Michelle Obama said, “I always walk away feeling inspired by these women, determined to reflect their courage in my own life. And I know that I’m not alone in that feeling because every day, with every life they touch and every spirit they raise, these women are creating ripples that stretch across the globe.”

The evening drew to a close with a musical finale featuring Maestra Rachael Worby and the Supreme Vocalists of MUSE/IQUE who flew in from Los Angeles to perform a vibrant selection of songs in tribute to all the honorees. Proclaiming “music is the universal language,” Maestra Worby and her vocalists had everyone on their feet in a joyous conclusion to an inspiring evening.

Members of American Women for International Understanding were given the opportunity to attend several notable events over the week in keeping with the organization’s mission of building bridges of understanding worldwide. On March 3rd, the Ambassador of India to the U.S., Dr. S. Jaishankar, and his wife Kyoko invited members to a private reception and dinner at their residence. During the reception, former AWIU Internationalism Award recipient Marie Therese Royce facilitated a dialogue with the Ambassador on topical women’s issues. Additionally, AWIU members attended a private lecture at the Millennium Challenge Corporation and the Library of Congress.

AWIU thanks all its generous sponsors of the 2014 International Women of Courage Celebration: