IWOC Honorees at the 2016 IWOC Celebration 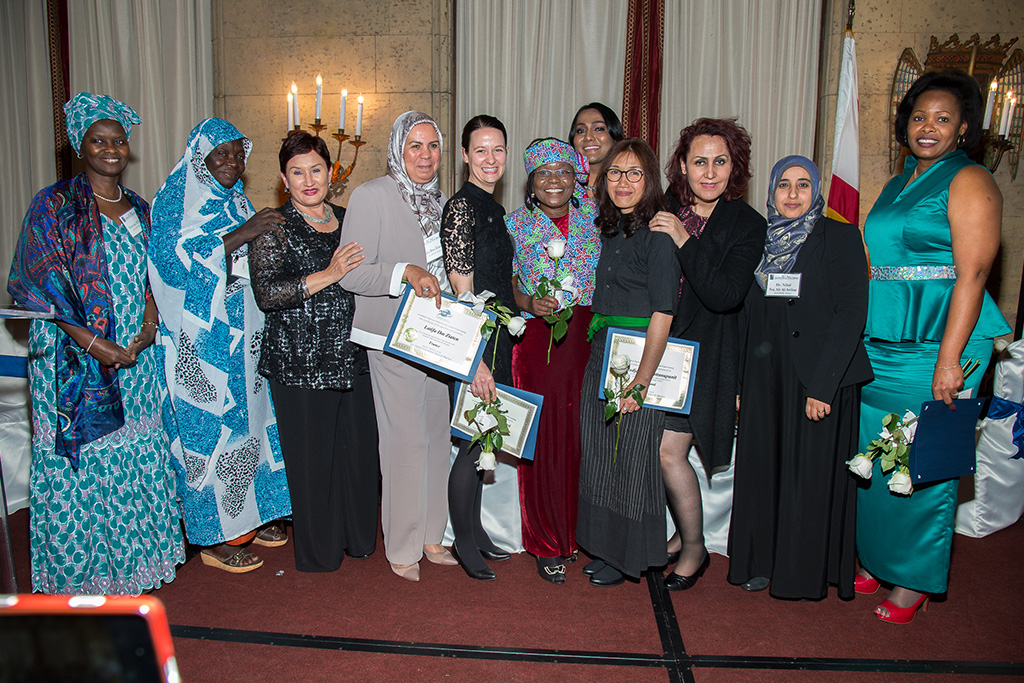 American Women for International Understanding (AWIU) presented The 9th Annual International Women of Courage Celebration on April 7th, 2016 at the Jonathan Club in Los Angeles. The evening honored fourteen extraordinary women from around the globe for their courageous and selfless efforts in advocating for peace, justice, human rights and women’s equality, often in the face of great personal risk. 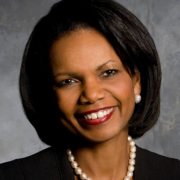 2016 was the 10th Anniversary of the U.S. Secretary of State’s prestigious International Women of Courage (IWOC) Awards. Under the leadership of Secretary Condoleezza Rice, the State Department established the IWOC Awards in 2007 to honor those who make a substantial difference in the lives of women around the globe.

AWIU, which has promoted woman-to-woman interaction and global understanding since 1967, first collaborated with the State Department in 2008 to support this outstanding program by hosting an annual celebration dinner for the honorees. Each of the IWOCs also receives a monetary grant from AWIU to support her continued efforts in her home country. This year grants from AWIU helped the IWOCs to advance positive change in their home countries of Bangladesh, Belize, China, France, Guatemala, Iraq, Malaysia, Mauritania, Russia, Slovakia, Sudan, Tanzania, Thailand and Yemen.

Since inception of the award, the Department of State and AWIU have honored nearly 100 women from 60 countries. In a message prepared for the 2016 IWOC Celebration, Secretary Rice said that, “Economies cannot prosper and countries cannot be free unless women are treated with the dignity and respect they deserve. That was as true in 2006 when we created this award as it is today.”

To commemorate the 10th Anniversary of the IWOC Award, the Celebration was moved this year from Washington, D.C. to Los Angeles, where the IWOCs reconvened after travelling throughout the United States. The evening began with a cocktail reception at the Jonathan Club for more than 300 guests, including State Department officials, foreign dignitaries, sponsors, and AWIU members. 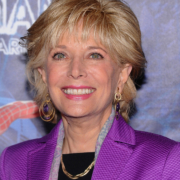 Award-winning broadcast journalist and TV personality Lesley Stahl chaired the Honorary Committee for the Celebration. In a personally videotaped message, Stahl praised these “fearless” and “dauntless” women. She added that, “They shine a light in the harshest conditions, in worlds of corruption and injustice. As I’ve listened to their stories over the years, I’ve been awed by their sacrifice and backbone, their stout hearts and indomitable spirits. Facing threats to their families, jail time, dealing with bodily harm, they carry on. They will not be stopped or silenced. It’s important that these women know we are listening.” 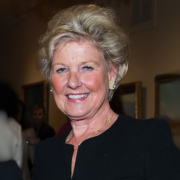 Leslie Schweitzer, an AWIU member and Chairman and President of the Friends of the American University in Afghanistan, served as the charismatic Mistress of Ceremonies. Schweitzer set the stage for a touching video prepared personally by Condoleezza Rice for the 2016 IWOCs, where the former Secretary of State commended their efforts:

“All of you have encountered injustice and responded with action. You live with integrity and stand up for your beliefs.” After the event, Schweitzer commented that, “AWIU truly does make a difference in addressing women’s issues worldwide. Holding [the IWOC Celebration] in LA this year was a wonderful change. There was so much energy in the room and the support for the incredible awardees was extraordinary.”

During the dinner program, Catherine Russell, the US Ambassador-at-Large for Global Women’s Issues, introduced each of the awardees by highlighting their bravery and contribution to the global struggle for women’s rights. Ambassador Russell’s introduction of these extraordinary women inspired a prolonged standing ovation from the crowd. 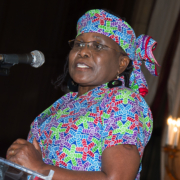 Speaking on behalf of all the honorees, Vicky Ntetema, a Tanzanian journalist- turned- human rights advocate and 2016 IWOC Award recipient, captivated her fellow honorees and the audience, concluding with the challenge: “I call on you, my Sisters of Courage, to find five girls to mentor and through these girls, we will build a better world.”  The inspired crowd rose to its feet after Ms. Ntetema spoke, underscoring the warm, supportive and electric atmosphere of the evening. 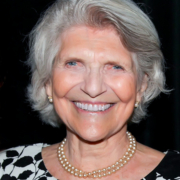 In addition to honoring the IWOC awardees, AWIU recognized the significant contributions of two American women.

The AWIU Internationalism Award was presented to Harriet Mayor Fulbright, president of the J. William & Harriet Fulbright Center, in recognition of her commitment to education and the arts. In Fulbright’s absence, the award was received by the granddaughter of a Fulbright scholar and daughter of AWIU member Onma Lwin. 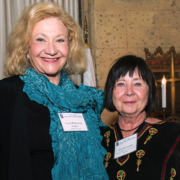 The Bernice Behrens Founders Award was presented to Carole J. Lewis for her outstanding leadership and contributions to AWIU. In her acceptance remarks, Ms. Lewis observed that, “Our world, and our understanding of it, has truly grown. Women helping women is a marvelous concept.” 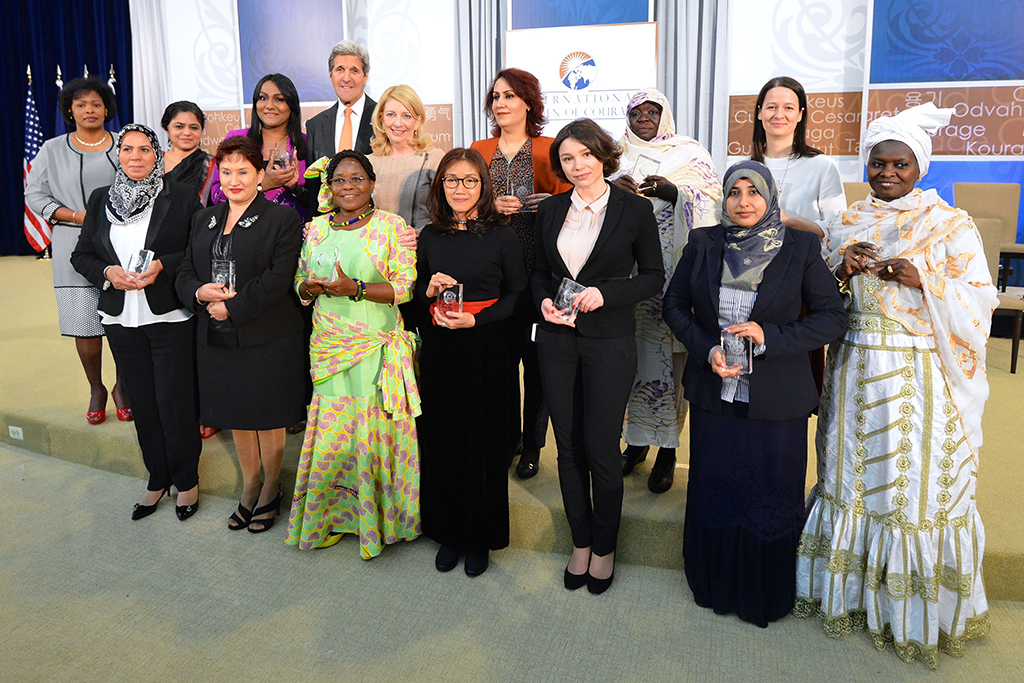 Senator John Kerry with the 2016 International Women of Courage

Previously, on March 29th, the women were honored at the U.S. Secretary of State’s International Women of Courage Award Ceremony and Reception at the State Department in Washington, D.C. Secretary of State John Kerry and Ambassador Catherine Russell presented each of the 2016 International Women of Courage with her award. Secretary Kerry remarked that, “Every one of these women who are here today and those who were celebrated previously have all dedicated their lives to the pursuit of justice.”

Following the ceremony, an afternoon forum marking the IWOC Award’s 10th anniversary milestone featured Vice President Joe Biden and included presentations and panels of former International Women of Courage Award winners. “The arc of history bends towards justice and you’re bending it,” said Biden as he addressed the IWOC Awardees. “We are at an inflection point in human history. Your hands are on the wheel, and you can bend it just a little bit and change the lives of women and men.”

Admiral Michelle Howard, the first woman to be promoted to four-star Admiral and the first African-American woman to attain a four-star rank in the Department of Defense, also spoke at the forum, and the artist Sonita Alizadeh performed.

After their visit to Washington DC, many of the IWOCs travelled throughout the United States as part of a cultural and educational exchange. Their arrival in Los Angeles provided an opportunity for them to reconvene and compare their various experiences while in America.

Additionally, under the aegis of the Los Angeles International Visitors Council, a panel was held at the University of Southern California where the IWOCs shared stories of the challenges and issues faced by women in their own countries, as well as their personal triumphs, accomplishments and goals.

Following the panel, AWIU’s 2016 IWOC Celebration served as the culminating event for these extraordinary women’s visit. The evening provided the IWOCs a fitting and final opportunity to be honored, appreciated, and celebrated.

2016 served as the sixth year for Deloitte as Global Leadership Sponsor of the Celebration, and its eighth year of sponsorship overall. During the Celebration, Deloitte was recognized for its commitment to inclusivity and diversity and for being a progressive leader in promoting the talents of women in the work environment.

AWIU thanks all its generous sponsors of the 2016 International Women of Courage Celebration: 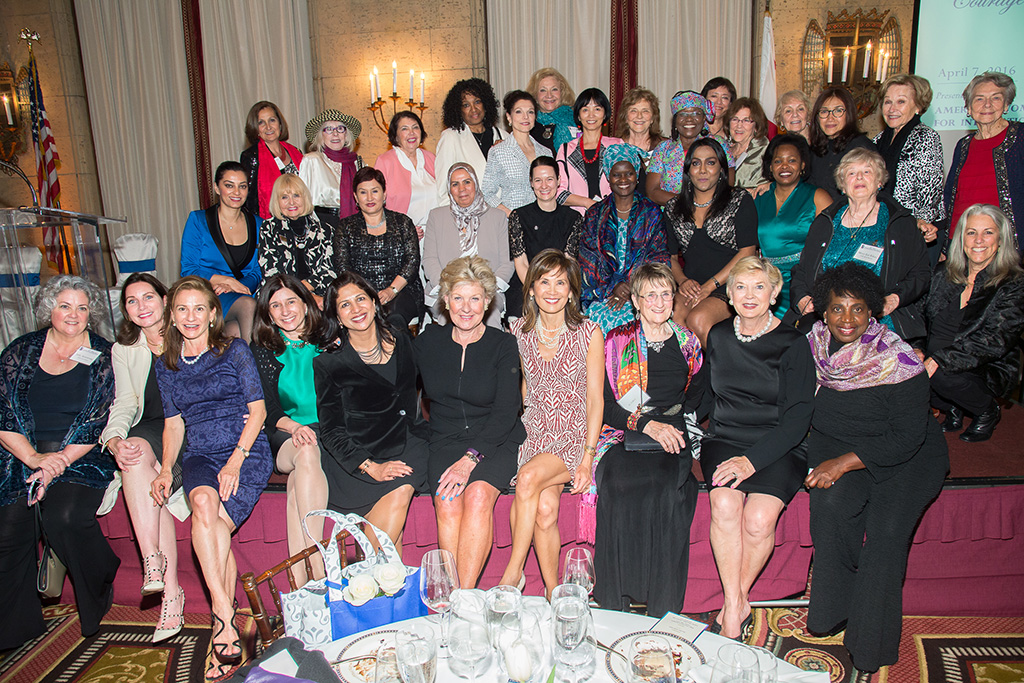 2016 International Women of Courage with AWIU members at the Celebration