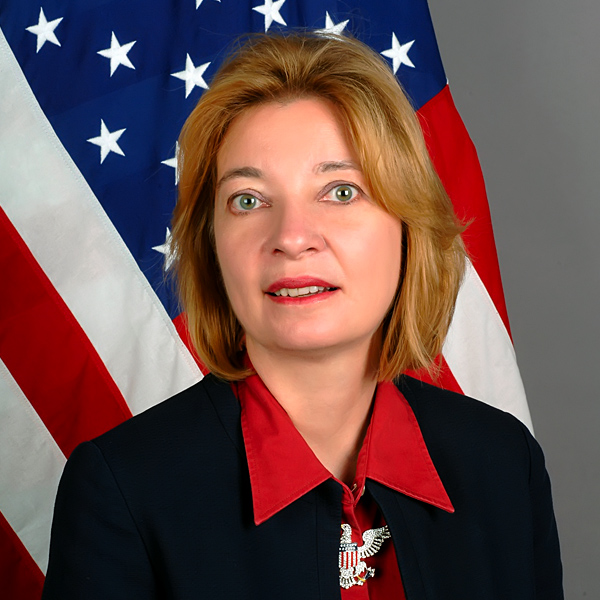 Immediate past president of AWIU

Ambassador Tatiana Gfoeller-Volkoff is the immediate past president of AWIU. She is the former ambassador to the Kyrgyz Republic whose foreign postings have included Poland, Saudi Arabia, Bahrain, the Soviet Union, Belgium, Russia, and Turkmenistan. She served as a Deputy Chief of Mission in Turkmenistan, Deputy Principal Officer in Russia, and Consul General in Jeddah, Saudi Arabia. Gfoeller is the author of a book on U.S. foreign policy interests in the Caspian Basin, a member of numerous foreign affairs organizations, including the Council on Foreign Relations, and was a political advisor to the U.S. Joint Chiefs of Staff in the Pentagon from 2011 to 2017. She has also taught master’s degree classes in political science at Georgetown University, and continues to mentor students and young professionals interested in careers in foreign service.